You are here: Home / Inspiration / Close up / Crescenzo Notarile

As you began your career, what films/cinematographers did you study and why? I started out my career as a photographer. My father was an award winning Art Director in the advertising field, and one of his photographer’s was Richard Avedon. Watching him shoot with his Hasselblad at such an early age always left an indelible mark in my creative heart. After being granted a full scholarship to NYU through my photography, it was a professor who showed a film to our class that changed my direction from photography to cinematography – that film was called, Un Chien Andalou, by Luis Bunuel and co-written by Salvador Dali. It wasn’t a great film, but it fiercely inspired me to put ‘motion’ to my photography. I then went through a stage of telling a story through one  roll of B&W still film – 36 frames. I would then enlarge my contact sheets to mural size. Not really knowing at the time I was essentially making storyboards, my professor said I should make a film on my subject at that time. It was on my grandmother… I made a 16mm film on her, and that was shown in the film festival at school. When I heard the applause, I knew this was indeed my direction. The rest, as they say, is history. From there, I studied the films of Ingmar Bergman, Federico Fellini, Elia Kazan, Akira Kurosawa, John Ford, and Orson Welles… I was obsessed with black and white films.

What other artistic fields influence your work? Paintings, photography, music etc. Anything particular that you can relate to a specific project? I use – and take advantage of – many artistic fields, anything that inspires me at that time of my current state of mind for that particular project. I love Rembrandt’s portrait lighting, Caravaggio’s chiaroscuro lighting, Robert Frank’s contrast, Sebastaio Selgado’s emotional richness, Irving Penn’s technical balance, Joel-Peter Witkin’s audaciousness, Henry Moore’s softness, Picasso’s geometry, Francis Bacon’s frenetic movements, Van Gogh’s disturbing-ness, Ernst’s and Bosch’s concepts, Michaelangelo’s form, Rodchenko’s angles, and the innocent beauty of Botticelli. These are all very inspirational seeds for me – and when I start a large project, I make color Xeroxes of these works – called, ‘tear sheets’, and put them into a loose leaf book so I can look at them continually throughout, and they become part of my subconscious psyche.

Give us an example of a movie, a sequence, that says “this is what making movies is all about”. There are so many answers to this question, but right now, the first one that rings loud in my mind is, Alfred Hitchcock’s, Psycho – the shower scene. There are about 78 shots in the course of about 45 seconds. Each frame is precise and extremely calculated, thusly, affecting your frame of mind and manipulating your emotions to a fantastic state of fright – both conscious and subconscious. It is basically a series of photographs – acute compositions – angelic and demonic perspectives – all heightened by the nail biting score of Bernard Herrmann.

What is one of your favorite locations that you’ve shot and why? I have been very fortunate to travel around the world several times – and in to the tiniest crevices one can imagine. This is a difficult question because the world truly is extremely visual – especially if you are aware of this aspect and your senses are stimulated by a camera in your hand. If I had to answer this however, my favorite places have been the majestic plains of Africa, the light of the Himalayas, the beauty of Kyoto, the alien-like landscapes of the Grand Canyon, the visual history of Italy, the architectural juxtapositions of Vietnam, and the scum of the allies in New York City.

If you hadn’t become a cinematographer, what would you have done? I love music and how it transports you to another dimension. I listen to sound tracks often because it forces me to create pictures and stories in my head because of no lyrics… I would be a musical composer – if not a cinematographer. I love composers such as, Elmer Bernstein (Cape Fear), Ennio Morricone (The Good, The Bad, and The Ugly), Phillip Glass (Koyaanisqatsi), John Barry (Out of Africa), Han Zimmer (Gladiator), Danny Elfman (Edward Scissorhands), Fumio Hayasaka (Rashomon), and so many more.

As you speak to people who have the passion for the industry you do, what kind of advice do you pass on? Simply, you must find a direction in this industry — or any industry for that matter — that truly makes you want to get up early and be excited and blessed to do whatever it is. Then, it becomes a ‘true way’ of expressing yourself – releasing creative energies, reinforcing why you were created to be part of this world, and it is only when you feel this way and achieve this way of thinking, that what you do is no longer a job, but a way of life – your personal blood that keeps you alive and inspired to be alive. 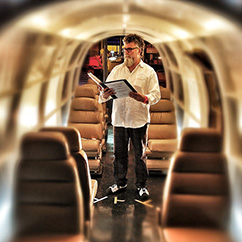 Emmy Award winning cinematographer Crescenzo Notarile ASC lives a bi-coastal life, splitting his time between Los Angeles and SoHo, New York. Wherever he goes, he carries his camera with him, and has documented the world several times over. He’s published two books of fine art photography with more on the way.

Notarile’s feature credits include Time Cop II: The Berlin Decision, Bullet, Truth Be Told and All of Me. He spent five seasons as rotating DP on Ghost Whisperer and is now in his fourth season on the hit series CSI: Crime Scene Investigation. 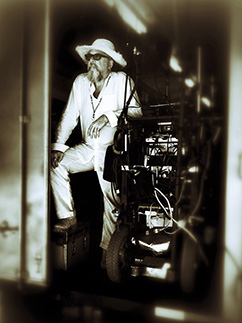 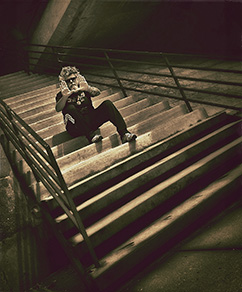